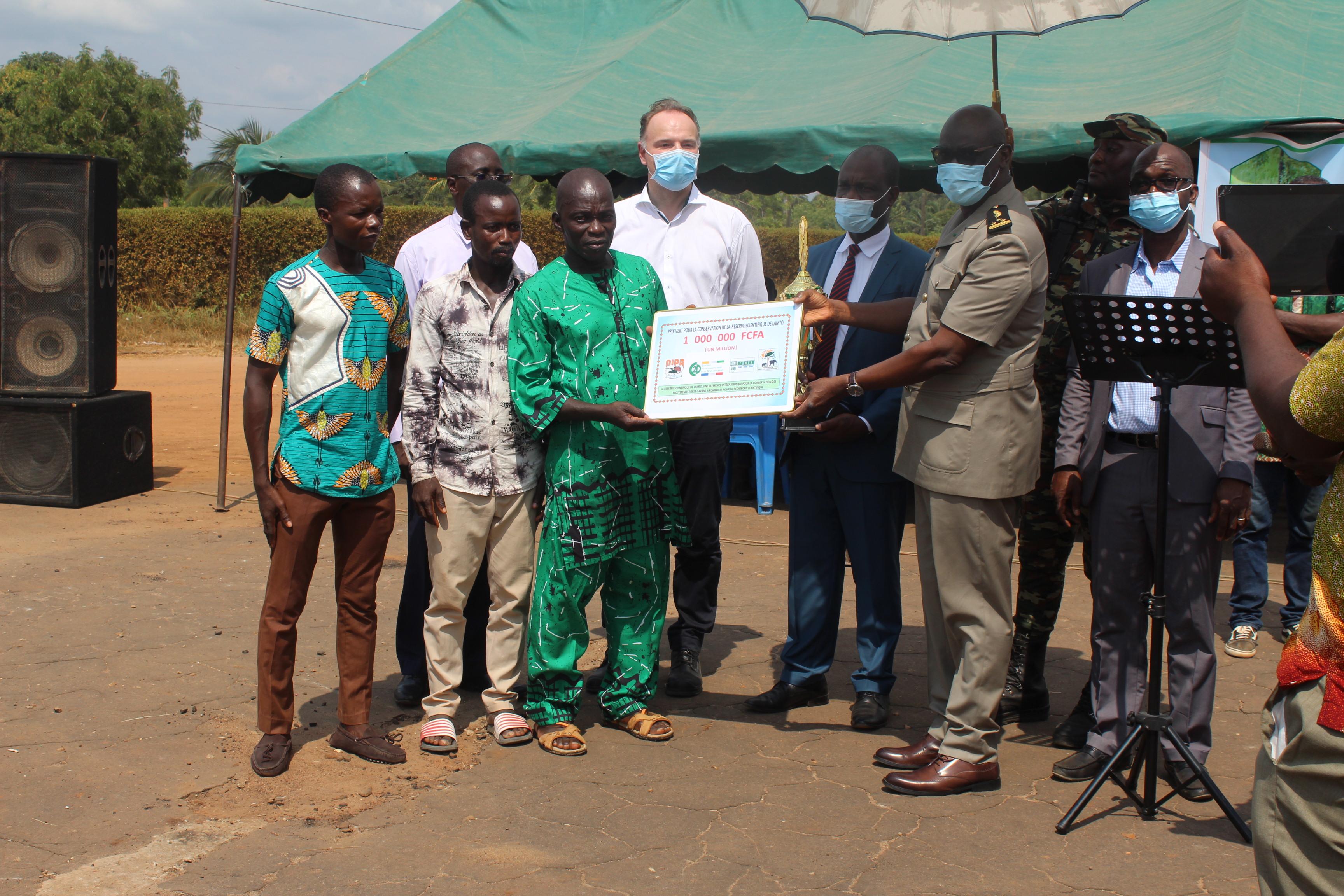 On Friday, December 18, 2020, at the space of the CIE city complex of Taabo commune, the first edition of the award ceremony for the "Green Prize for the conservation of the Lamto Scientific Reserve" took place. It was chaired by the prefect of the Department of Taabo. It recorded the presence of the entire prefectural body of the Department of Taabo, the Deputy Dicab of the Ministry of Environment and Sustainable Development, the CEO of Ivoire Hydro Energy (IHE), the representative of the Executive Director of the Parks Foundation and reserves of Côte d'Ivoire (FPRCI), the Scientific Officer of the Lamto reserve and all the traditional chiefs of the nine villages bordering the Reserve.

This ceremony is part of the implementation of the compensatory measures of the Biodiversity Action Plan (BAP) relating to the construction of the Singrobo-Ahouaty hydroelectric dam. To this end, the OIPR and the IHE Company, promoter of the said project, signed a framework collaboration agreement on August 2, 2019. The objective of this agreement is the implementation of actions for the protection of the reserve. This framework agreement has a Triennial Operational Action Plan (PAOT) to be carried out over the period 2020-2022.

The nominees were nine villages, all bordering the Lamto Scientific Reserve, distributed as follows:

The selection criteria were based on the principle of respecting the conservation activities of the reserve practiced and / or observed by each population. In fact, each village was initially credited with 100 points which decrease with the reprehensible acts perpetrated by their nationals or through the village. The winning village is the one which would have the score closest to the value 100. The criteria revolve around:

iv- Local initiatives aimed at the conservation of the reserve.

At the end of the evaluations, the prize was awarded to the village of Oussou in the Kpouébo sub-prefecture. The prize consists of a trophy and a check worth one million CFA francs, including 500,000 FCFA from the FPRCI and 500,000 FCFA from IHE.